The IPL 2022 will kick off on March 26 with Chennai Super Kings taking on Kolkata Knight Riders at Wankhede cricket stadium in Mumbai, confirmed the BCCI.

The IPL 2022 full schedule with dates, timings and venues was revealed on Sunday (March 6).

While the two new IPL teams – Lucknow Super Giants and Gujarat Titans – will play their first match of the tournament against each other on March 28.

MCA Ground in Thane and Reliance Corporate Park in Navi Mumbai are part of five grounds that have been allowed for the training of all ten teams by the BCCI.

The IPL 2022 season will be held from March 26-May 29. A total of 70 league matches will be played across four international standard venues in Mumbai and Pune. The venue for the playoff matches will be decided later. Interestingly, with regards to doubleheaders, there will be 12 matches/days.

Check out the full schedule of IPL 2022 below: 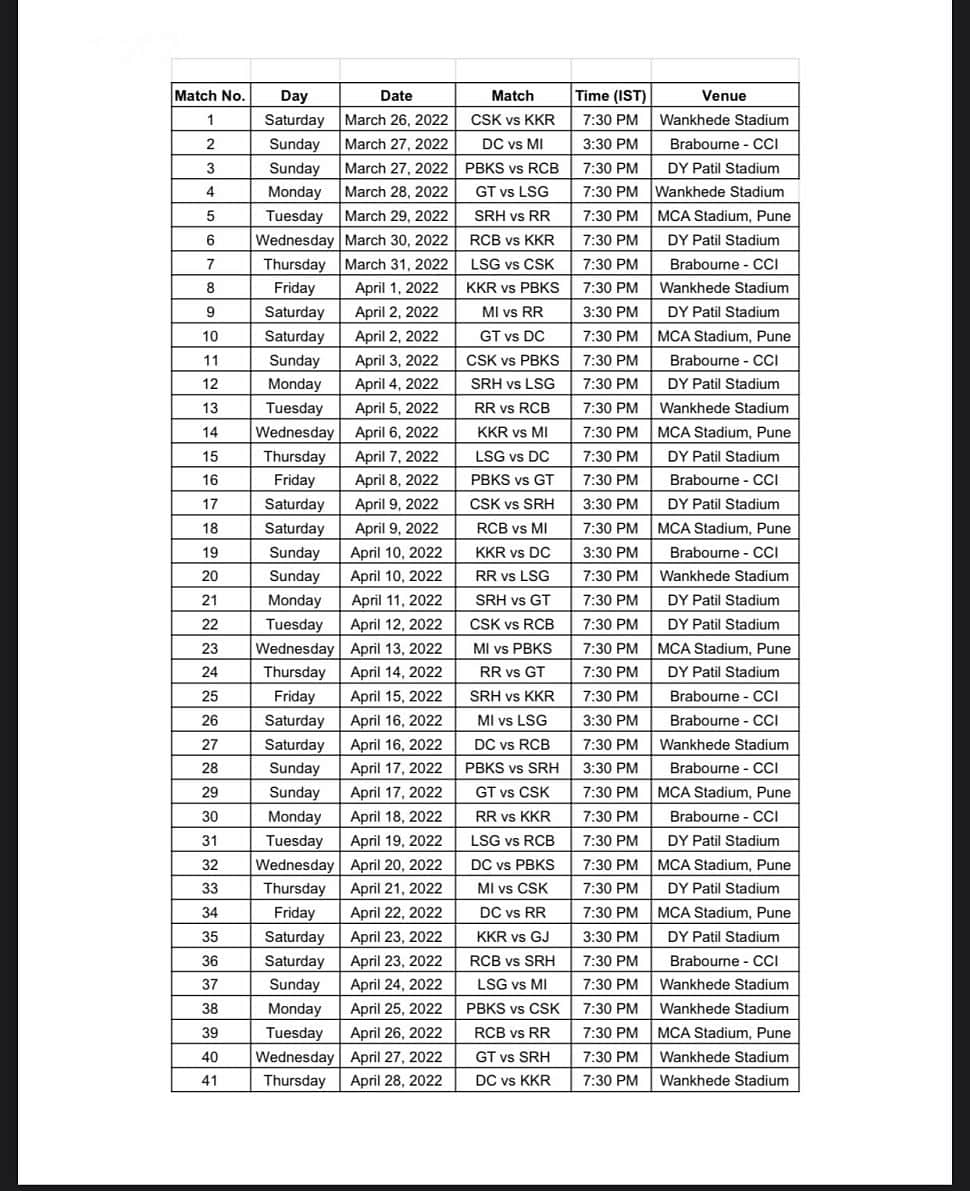 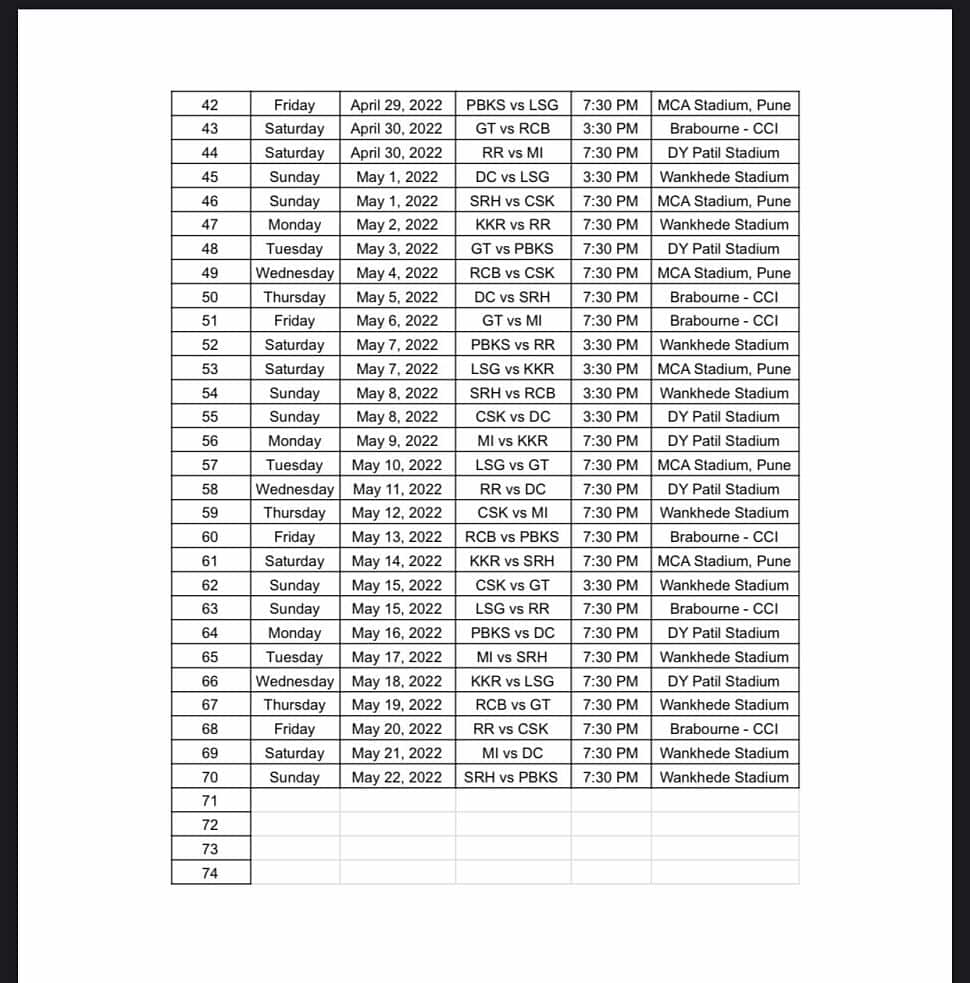 Yuvraj Singh relives 6 sixes in one over with his son, shares heartwarming video